Hundreds of farmers and food activists from all over the country were joined by celebrity supporters on a Good Food March through central London on Sunday 14th October.

Driving tractors, and bearing placards that demanded support for small scale farmers, over five hundred people marched and drove from Parliament Square to the Bargehouse Gallery on the Southbank.

The march was organized by a collaboration of organisations including The Gaia Foundation, the Landworkers Alliance, the Soil Association and Sustain and was timed to coincide with the passage of the UK Agricultural Bill through Parliament and World Food Day on Tuesday, 16th October. The march highlighted the need for the Bill to deliver support for a new generation of farmers producing good food for local and regional markets.

Despite the rain, hundreds of farmers, of all ages, travelled to Westminster from across the UK. Some arrived on tractors and others carried farming equipment and bore placards that said “More farmers, better food” and “Healthy, affordable food for all”.

Tallulah Harlech, Arizona Muse, Tom Hunt, Anna Lappe and Lara Boglione out in the rain to show their support for the Land Workers Alliance and the Good Food, Good Farming March 2018.

They were joined by local students, public health workers, community groups, teachers, academics and high profile supporters to call on the government to deliver a UK Agriculture Bill with Good Food at its heart.

Also marching were model, Arizona Muse, Petersham Nurseries’ Lara Boglione, and eco-chef, Tom Hunt, who gave speeches in Parliament Square before walking over Westminster Bridge and along the riverside walkway. Also marching was US food activist and author, Anna Lappe, who brought a message of solidarity from farmers in the US.

“We have called this march to highlight the need for the agricultural bill to ensure a bright and viable future for the UKs farmers. We need policy that supports a productive, mixed, ecological agricultural system that combines environmental sustainability and food production. We need policy that can support the next generation of farmers to produce healthy, affordable food for everyone”.

Farmers Gerald Miles (who was photographed for We Feed the World) and Lorca Warner drove a tractor to the march.

Lorca Warner a young farmer from Dorset, who drove a tractor to the march, says; “We need to give young farmers a chance to feed people, a chance to farm the land, and a voice in the future of farming. The chance for young people to be able to own and farm the land how we want is rapidly disappearing. We want to be able to produce good food and to care for our land and animals to a standard that is good for everyone”. 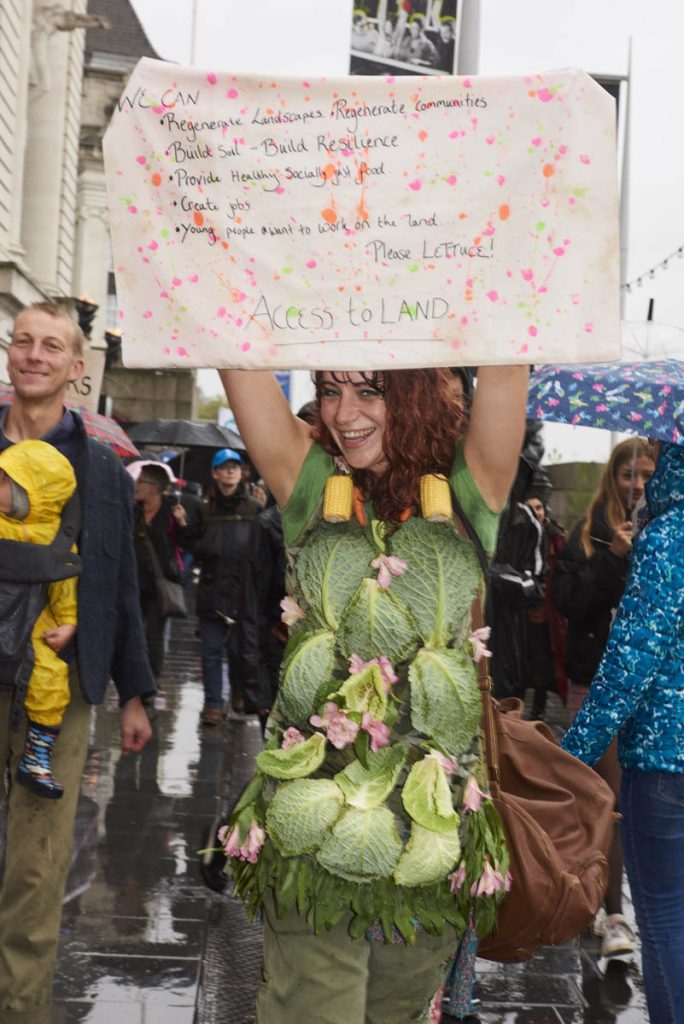 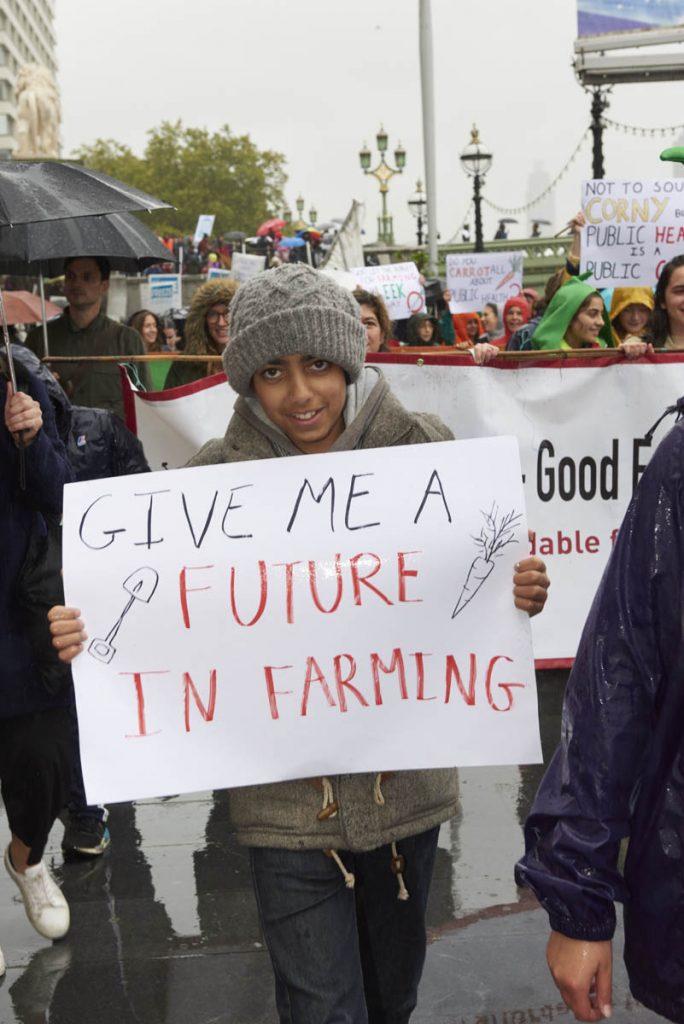 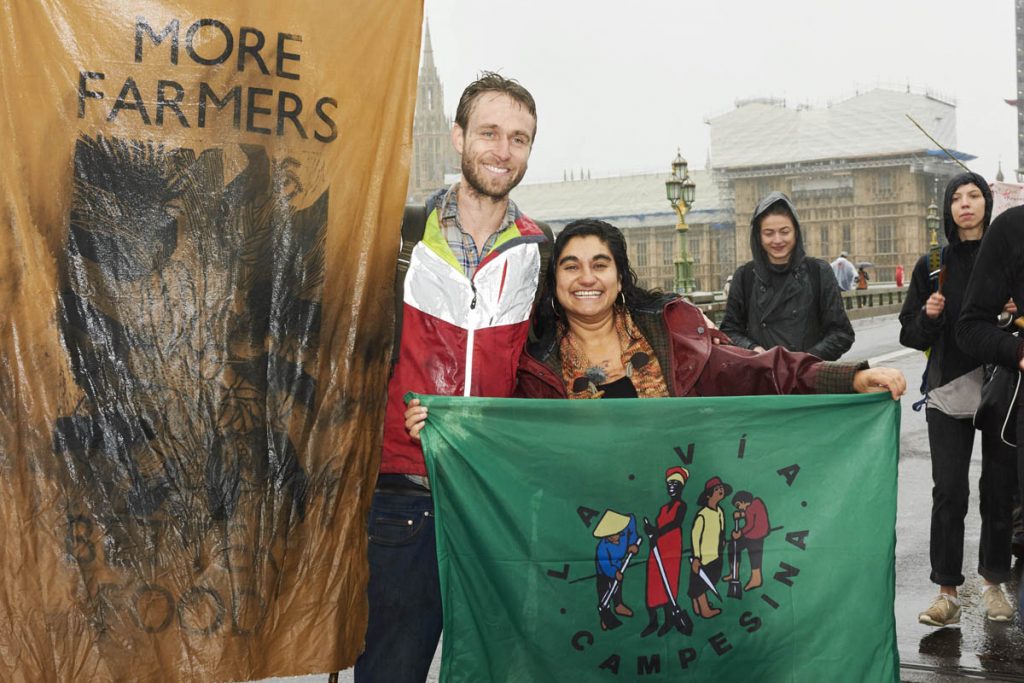 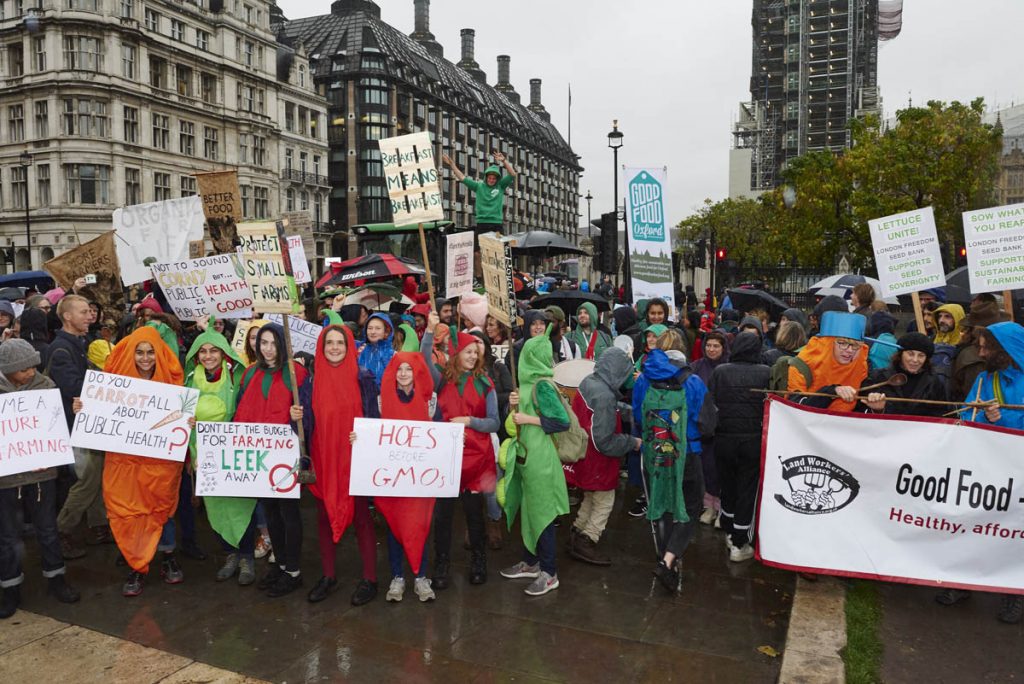